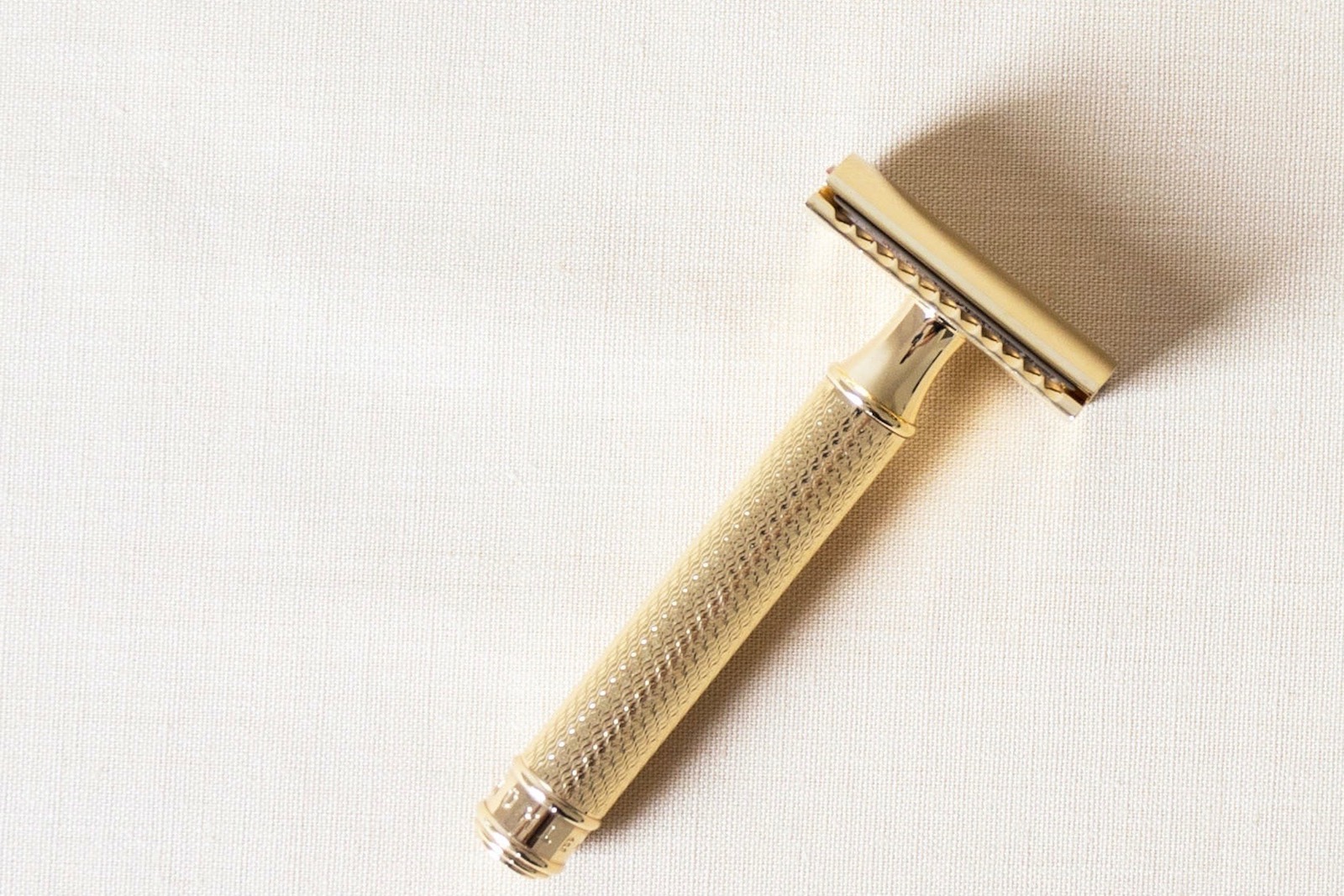 My Mum was horrified when I showed her my newly acquired Finishing Touch Facial Hair Remover.

“You can’t shave your face!” she cried. “Why can’t you just use nail scissors like everyone else?”

Can we please get a show of hands from anyone – anyone at all – who uses a pair of nail scissors to stay on top of their facial hair? I thought not. She couldn’t have picked a more impractical tool. It’s like going to battle brandishing a chainsaw – there’s more chance of maiming yourself than winning the fight.

“I just hold the scissors like this,” she said, her head back and her chin thrown high, “and snip as close to the root of the hair as I can.”

“You can’t even see where you’re snipping,” I said, ‘you’ll end up cutting off something important!”

“Well I use a mirror, obviously.”

Then there’s the fact that you’re not even getting to the root of the problem, just cutting off the visible part. It’s a bit like weeding by pulling off the top bits. Does my Mum go around the garden strimming over the dandelions? No she does not. She goes about on her knees, pulling the whole thing out.

And finally (though I can probably think of many more problems with the scissor method), how bloody long must it take to de-hair an average chin and moustache area? Days! I’d be tempted to open out the scissor blades and slide them along my skin for speed’s sake, old-fashioned cut-throat razor style.

“God I don’t do my entire face!” said my Mum. “You just do the longest hairs, you daft thing. The ones that are a few centimetres or very dark.”

This is why we have different removal methods, then: attitude towards facial hair. Mum: happy with the usual facial fuzz. The stuff that we’ve all had, probably from a young age, but that 4K HD TV and hi-res phone cameras have gradually made me hyper-aware of. She only irks at the longest, blackest of hairs – the rest is just considered normal, like having eyes, or legs.

“You wouldn’t shave those off.”

My problem is that I look at my face in detail nearly every single day. It’s part of my job. I should disclose here that I’m not a particularly hairy person and my colouring is quite fair, but because I test makeup and skincare I do spend a lot of time staring at zoomed-in photos and videos of myself. And when it’s not photos and videos it’s the bloody magnifying mirror, aka The Portal of Doom, checking whether or not a new foundation that I’m testing has crept into fine lines or migrated into the oilier patches. And so not only do I see the longest and blackest of hairs (though mine tend to be white, like Father Christmas) I also see the plush thackets of peach fuzz, so dense they’re like velvet.

I left the peach fuzz for a while because it did seem like overkill to start taking that off; I plucked at the longer hairs with my tweezers (definitely my recommendation over nail scissors) and I ignored the fuzz. But then I started plucking the slightly longer bits of fuzz as well as the hairs, especially in the side tache area, and before I knew it I was plucking all of the peach fuzz out with my tweezers. It was taking ages and was actually quite painful after a while….

…hence the new Finishing Touch shaver. I haven’t actually charged it up to try yet, such was the ferocity of my mother’s reaction to it. I think she has visions of me doing a full shave routine, using one of those badger brushes to lather my face up, leaning in towards the mirror like Desperate Dan. White vest, gun belt slung over the towel rail, ten gallon hat resting on the shelf above the sink.

But I’ve started with the mass-tweezing and so now there is no retreat. The moustache hairs come back slightly sharper, so that when you’re watching TV you can find yourself stroking your stubble – for that is what it is – wisely, like an old sage about to make a pertinent statement.

The only way forward is to continue with the total eradication technique – but with my new shaver it will be like (hopefully) using a lawnmower rather than a pair of long-handled secateurs. Speedy. Efficient. Painless.

I’ll keep you all updated, if only to horrify my Mum.

The Flawless Touch gadget is online here (ad-affiliate link) and costs £29.99. I have to say, it feels very light and cheaply-made, for the price, but since writing the above I have tested it properly and it works well. If you have other suggestions then let me know!

The post How (Not) To De-Fuzz Your Face appeared first on Ruth Crilly.