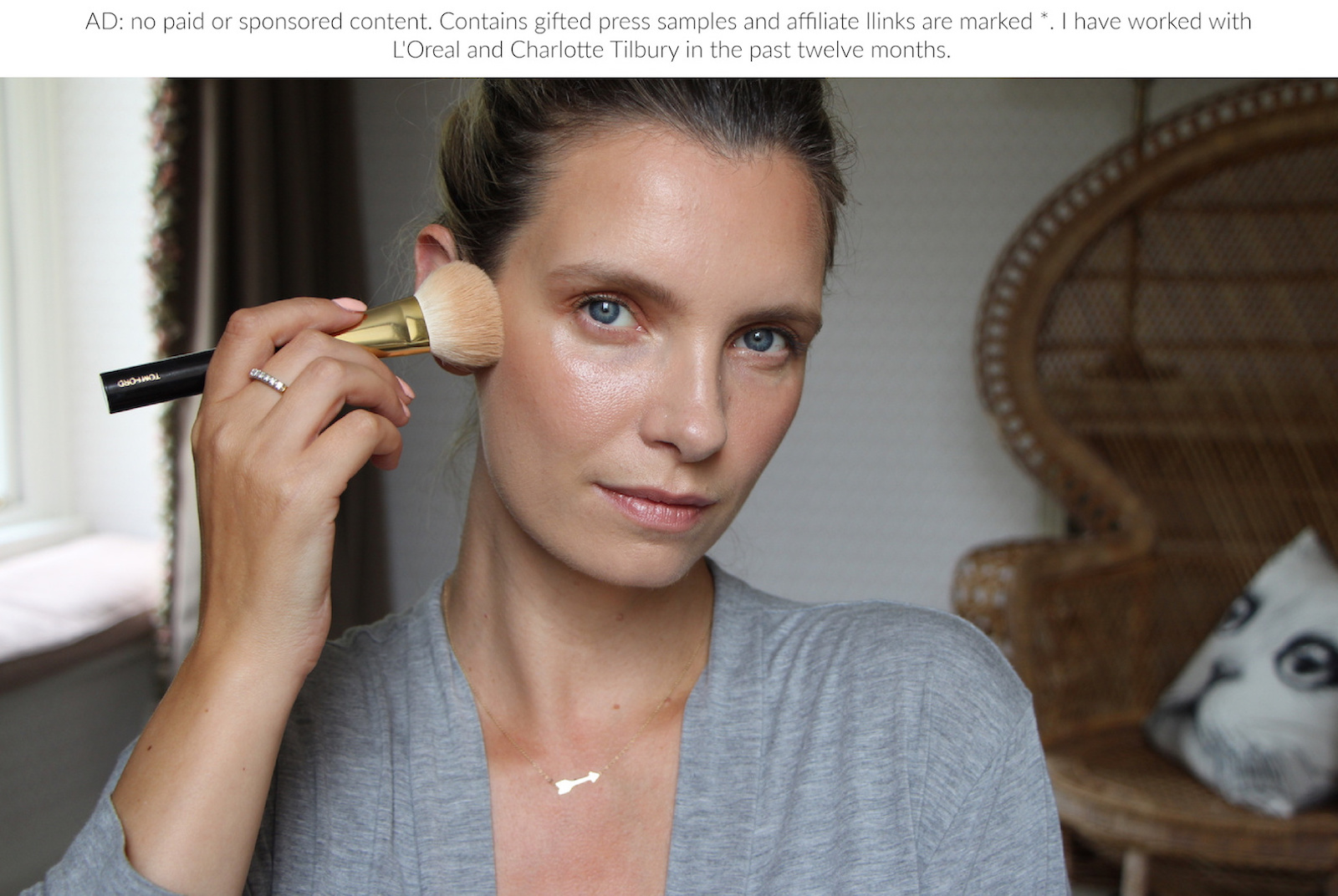 You might well point out that I’m a bit late to the party with this particular seasonal makeup update, but apparently we’re in for a little heatwave next week, here in the UK. So there. I refuse to let go of summer! At any rate, why be so rigid about the seasons? I don’t consider it to be Autumn Proper until at least October.

(The meteorological calendar has yesterday, 1st September, down as the start of Autumn, but what does Mr Meteorology know? Although I do prefer that version of events, because if you go by the astronomical calendar then autumn doesn’t end until two days before Christmas. And that just won’t do. The run-up to Christmas must be wintery – Home Alone and frosted windows, not pumpkins and falling leaves!)

Anyway, I’m a spring-summer person through and through and (barely) tolerate the colder half of the year through gritted teeth and about seven layers of knitwear. I basically go into a mild form of hibernation from October until May, where my brain works at half speed and my body stores an inordinate amount of fat.

So what’s in my makeup bag? Here’s a rundown and it’s pretty pared down and straightforward; one of the best tinted moisturisers ever made followed by a couple of insta-glam base products and a slick of something sexy on the eyes.

NARS Pure Radiant Tinted Moisturiser (here*) has been around for years and, unlike the Laura Mercier classic, hasn’t been tampered with. It’s really very hydrating and has surprisingly full coverage for a tinted moisturiser – watch the video below to see it going on. It’s light and fresh to apply but robust in terms of finish and longevity.

Charlotte Tilbury’s Filmstar Bronze & Glow Palette (here*) is another cult classic – a sculpting duo that has instant impact, creating razor-sharp cheekbones where before there were none. Even if the whole contouring thing isn’t quite your bag, a light touch with the bronzing shade will give a proper grown-up finish to your face. A hint of chisel. Which sounds a lot less glamorous than intended.

(In the video I use the Hourglass Veil brush* to apply and the Tom Ford 06 Cheek Brush* to buff in.)

I often skip concealer, but not if my base is sheerer than usual – my current concealer squeeze is the Vanish Airbrush from Hourglass, online here*. It’s creamy and easy to pat in but sticks fast and is virtually opaque, though never cakey or heavy looking. Again, watch the video for a little demo – Hourglass make such brilliant base products, whether you’re after full coverage foundation or lightest touch skin finishing powders.

And now for the off-piste part: lipstick as blush. With the benefit of hindsight perhaps this wasn’t the best lipstick to use as a blusher – it has far too much sheen – but it gives you an idea of how easy it is to finish off a makeup look by matching cheeks to lips. Obviously if you’re going in hard with the lip colour, like a neon orange or something, then perhaps don’t get carried away with the matchy-matchy, but if it’s a neutral with a peach or pink lean, or even a brighter red or purple, just pat a small amount of it onto the cheeks and blend for an instant flush. Most creamier, traditional lipsticks in a bullet will work nicely, just tread carefully with the bright shades.

I used L’Oreal’s Color Riche Shine in 658 (here*) which is a light, warm beige with the most beautiful juicy finish. As I said, not ideal as a blush, but if you’re looking for something wearable and foolproof that sits between a pigmented lipstick and a sheer tinted lip balm, the Color Riche Shine will definitely float your boat. It’s basically YSL’s Volupté Shine but without the fancy golden packaging and the fancy pricetag.

What next? Eyes! Some Trinny Eye2Eye Shadow on the lids (Truth, here*) and then I used my summertime barely-there mascara for low-key lashes, the Suqqu Natural Curl (was here*). It’s very good, but actually it’s been replaced with the Eyelash mascara*, which also seems to be very good. I shall report back with a better review, because that was very lame and noncommittal wasn’t it?

Brows have been shaped all summer long with either Gimme Brow from Benefit (here*) or Glossier’s Boy Brow (here*): I’ve compared these dozens of times in videos and posts and so you’ll probably be able to trot out my line that the Boy Brow is waxier but the Gimme Brow is easier to handle. Both are just excellent and well worth every penny for brows that are just a bit fuller and more shapely – this is about as easy as “doing your brows” gets.

Right. You’ve read my words, now see it all in action. Any questions, leave them in the comments box below.

*UPDATE: If you’re reading this on the 2nd September and considering buying the NARS Tinted Moisturiser, Hourglass Concealer and/or the Charlotte Tilbury Filmstar Palette, know that Space NK have a mega gift with purchase* running for those spending £175 or over. It’s worth over £250 and includes a full sized Sunday Riley Ceramide Cream, which is one of the richest and buttery moisturiser launches of the year. You can find more info on the gift here*.

The post What’s In My Makeup Bag? Summer 2020 appeared first on A Model Recommends.