No Mole No Fee 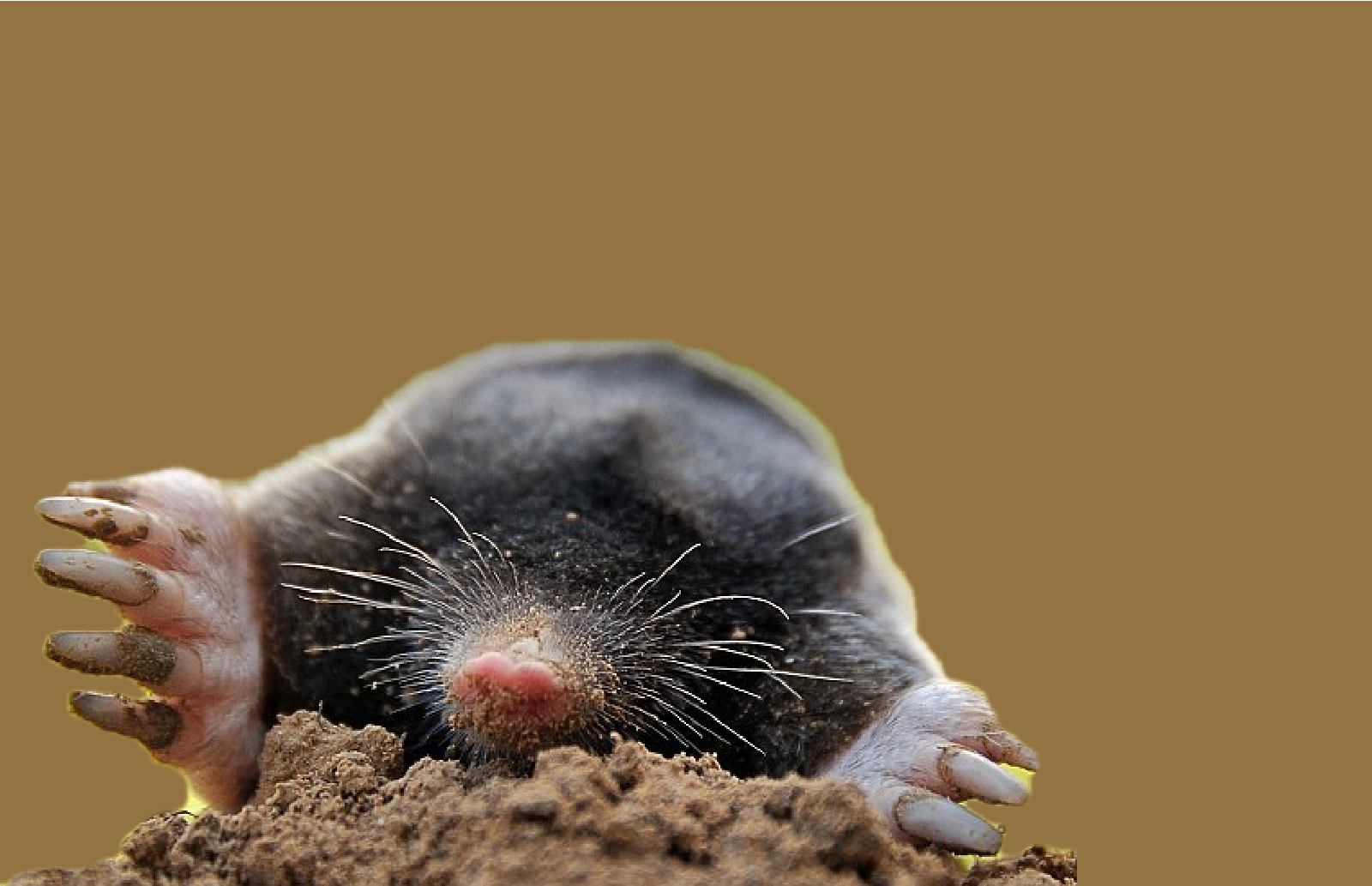 There’s a mole catcher who’s well known around these parts of Somerset and he has the most amazing advert printed on the back of his van. I’d never managed to get a photo of it before, but the other day he happened to be in front of us and so I summoned up all of my steady-handedness in order to take a clear picture:

No Mole No Fee.

Surely it has to be one of the best slogans of any business in the UK? I mean it’s just so…niche. There’s something so casually presumptive about it – as though having a no-show mole is an everyday occurrence. Or, indeed, that having a mole at all is just a mundane everyday occurrence.

What fascinates me the most is the criteria for this particular offer. No Mole No Fee. What are the T&Cs at play here? Is it like with lawyers, with no win no fee, and there are certain caveats and exclusions? Do you get charged, for example, if the mole is caught and then escapes again? And what constitutes “no mole”?  Can someone call out Mole Catcher knowing full well that there’s no mole to be seen? Just for japes? I suppose that you’d be a strange person if you actually did that, but it would make for a terrible business plan for the Catcher if they were constantly popping in at people’s houses for absolutely no reason.

“Morning! Got a mole needs catching then?”

“OK no worries: no mole no fee! You have a good day now.”

Obviously after a few minutes (sixty) of pondering this I realised that it simply meant there’d be no fee if Mole Catcher failed to catch the mole. Which made me then ponder something else: does a Mole Catcher promising no mole no fee work harder to catch a mole than a Mole Catcher who charges regardless? In my mind, the No Mole No Fee catcher would try absolutely anything to catch that sharp-nailed little creature – I have no idea how mole catchers catch moles (I’m hesitant to open that particular Pandora’s Box of potentially upsetting information) but I envisage an Acme Studios kind of set-up, with sticks of cartoon dynamite and a man running around in army fatigues playing the Benny Hill theme tune on a small bugle.

I can only imagine the Mole Catcher’s look of solemn disappointment when, after blowing up half an acre of garden, he comes away empty handed, with no new mole addition for his re-homed mole sanctuary.

Would he one day knock on the back door and scare the life out of you, after three weeks of hiding out in the undergrowth in full camo, twigs in his hair, gaunt from lack of food and sleep?

“No mole I’m afraid, Mrs Cardigan-Wolsley. I’ve tried my damndest, we’ve even become quite good friends, Moley and I, but I simply can’t coax him out.”

Dedication to the cause.

I wonder which other businesses might have a “No [Insert Random Thing] No Fee” policy. It’s really rather a good deal for the customer isn’t it? Imagine if Yodel had it – they’d go bust within a week. No Parcel, No Fee. Maybe it would stop them throwing packages into wheely bins and other frankly absurd outdoor spots.

“Your parcel is: under the clapped-out red Fiat Panda on Church Street SW3“

“Sorry you weren’t home, although you most probably were: we have thrown your fragile package on top of the flat-roof garages in the next town. You know, the ones next to the cinema. It seemed easier than ringing your doorbell.”

I’ve had my fill of terrible customer service in the past fortnight: real hive-inducing stuff that has made me crunch my back teeth together so hard I thought they’d crumble. So No Service, No Fee is presenting itself as a particularly good idea – even Shit Service, No Fee sounds pretty fair!

The post No Mole No Fee appeared first on A Model Recommends.