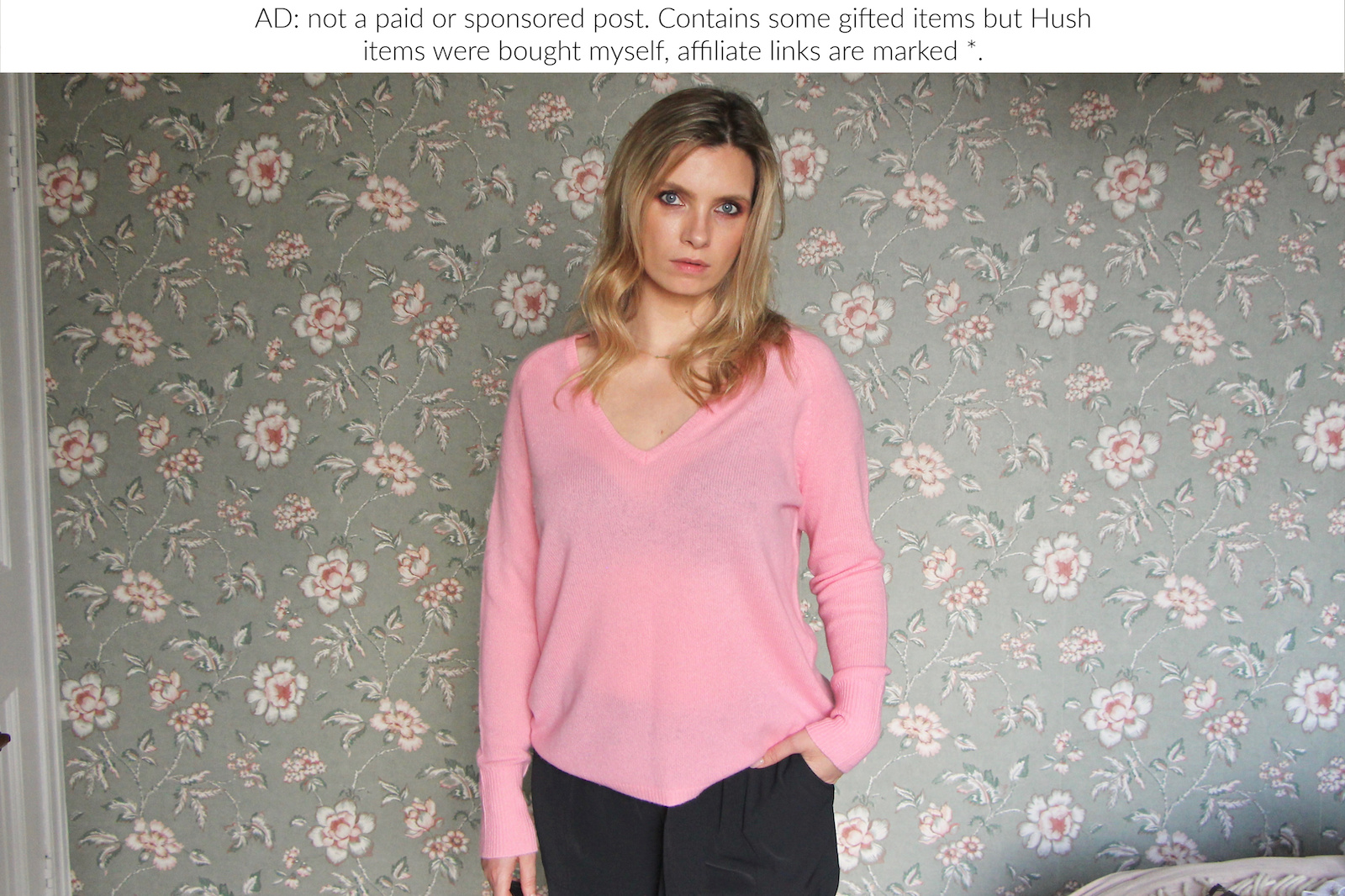 You know the drill with these, by now: it’s a real-time (ish) try-on of my latest clothing order, this time from perennial favourite, Hush Homewear.

It wouldn’t really have been such a big order, but I have to get everything in both a size 10 and 12, because I sit between the two and never know how something is going to turn out. I actually think that Hush runs ever so slightly on the generous side, which means that more often than not I’m a 10, although I have to say that it was touch and go with one of the dresses – I kept it, and I’ve spent the week breathing in so that the middle button over my stomach doesn’t completely pop off!

Anyway, here’s the try-on; in case you’re curious, I kept the cashmere pink sweater (it’s just such a good shade of pink, really uplifting and non-twee) and the Sophie star dress. It’s rare I manage to find a cashmere jumper with a low-ish v-neck and so when one crops up I grab it. The low v’s are good over dresses and shirts, rather than a high round-neck that can make everything look a bit bunched up or matronly.

Links to items are below the video pane – enjoy! If you want captions on then just press the little CC. Although this one is captioned by Youtube so God only know what hilarity might ensue…

The leather jacket is a very old Whistles one.

Soft AF: Trying on the Basics 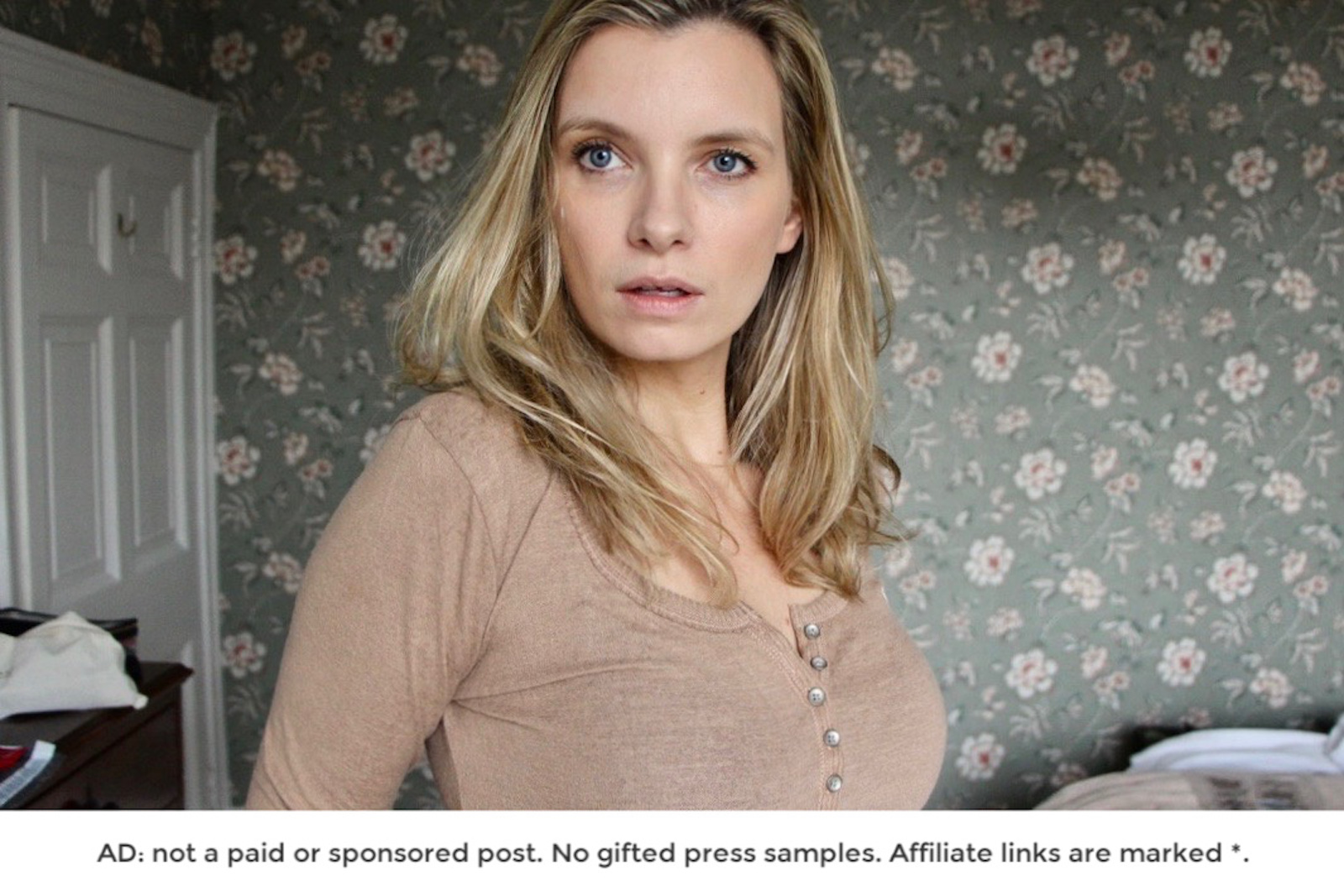 I did an Abercrombie & Fitch order last week because the knees had gone through on my favourite skinny jeans. To be quite honest with you, I’m no longer sure that superskinny jeans are really the best cut for me anymore, but they seem to be the only jeans made stretchy enough to go around my doughy, highly-temperamental post-baby torso (I reckon it fluctuates in girth on an almost daily basis) and so I ordered a load more in the same cut and size.

And some shirts, and a vest top and a cashmere cardigan, and some henley tops, which are in a style called Soft AF, which I took to mean “Soft As F*ck” but then later realised that the AF stood for Abercrombie & Fitch.

HOLD THE FRONT PAGE: I’ve just been back on the site to check and it does say Soft AF! Not Soft A&F! Is this a sneaky little play about with words or did they just not want to bother with the ampersand? It’s not particularly on (wholesome American beach-loving young incredibly good-looking people) brand, is it, to call a range Soft As F*ck? (I’m taking the u out of fuck in case loads of naughty people end up here after searching bad words. It happened once when I did a review on that podcast, My Dad Wrote A P*rno. Even though I took the first O out of porno, I still got loads of dodgy traffic! The mind boggles. Something must have slipped the net…)

I just can’t imagine the people at A&F sitting around their boardroom table and coming up with “Soft AF”.

“What can we call this new really soft and cosy range? Bern? Chuck?”

“How about Soft As Fuck, Carl?”

Then again, maybe they are being all “down with the kids”. I know I am – that’s how I’m aware of what AF stands for in the first place! Check me the F out. I’m lit. When it comes to slang I am queen/qween, yas I am.

Anyway, before you all die of old age and/or feel the need to slowly smash your own face into your desktop, repeatedly, here’s the video. If you’re at work and supposed to be preparing a powerpoint presentation with the Q4 profits and losses then I highly recommend you just watch it with the sound off and skip through it at twenty second intervals. That’ll give you a good idea of what’s going on without getting you fired – it’s not the sort of video you need to listen to, particularly, though I do make some low-level quips that are probably about a two or three out of five on the funniness scale.

The post Soft AF: Trying on the Basics appeared first on A Model Recommends. 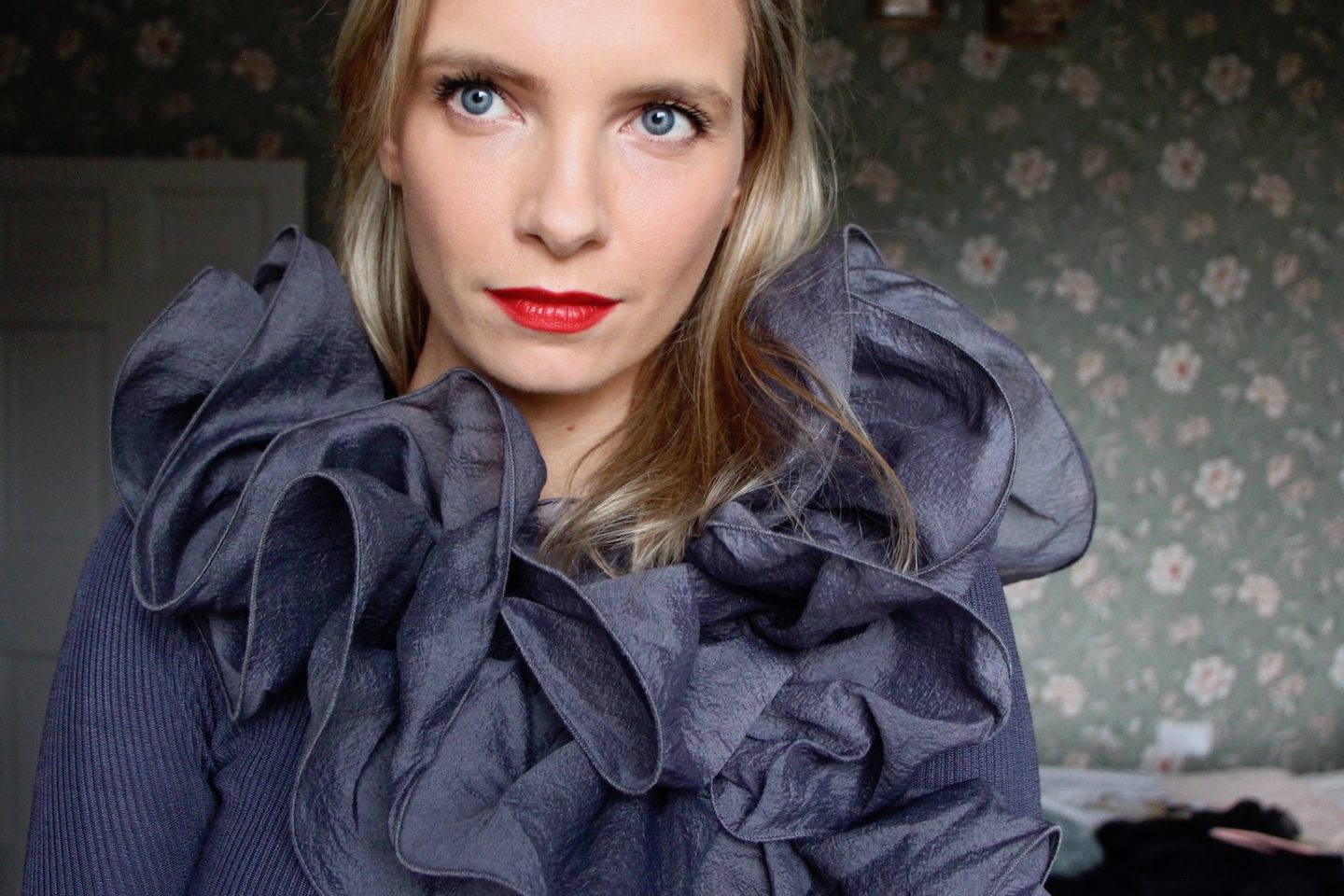 I ordered a load of stuff with crazy sleeves from Zara. I haven’t completely lost the plot; I wanted some interesting ruffles and puffs to add a bit of pizazz to some makeup videos I want to film. I wanted something sculptural, almost, because one of the videos is about skin-finishing and doesn’t really have much going on in the way of colour. So the architectural sleeves were supposed to do the talking and the skin would be all clean and glowing and simple by comparison… 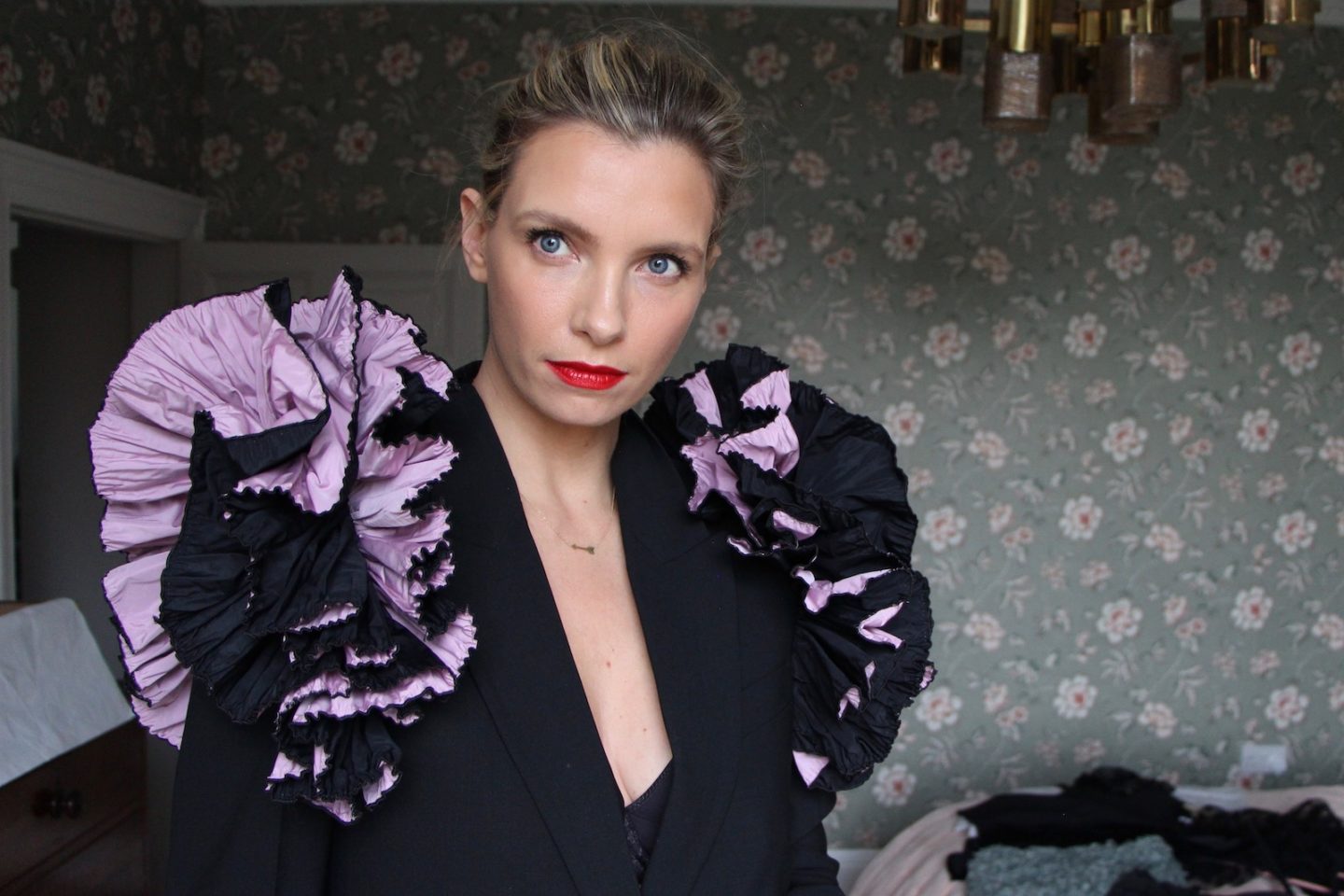 Anyway, enough of my frustrated art director ramblings: here’s the try-on video. I haven’t done a proper fashion vlog in years, so it was a bit of an eye opener to edit the video and see myself getting changed in between shots, when the camera was still running. I say “eye opener” and mean “absolute shock” because my body was a totally different shape than I expected, especially around the middle! Oh well. I’ll start thinking about my health and general lifestyle choices after Christmas, because it seems fruitless to begin now.

Fruitless is a pretty good choice of word there, too. Sums up my diet! Haha.

The post My Zara Crazy-Sleeve Shopping Try-On appeared first on A Model Recommends.

My Zara Crazy-Sleeve Shopping Try-On was first posted on November 23, 2019 at 6:49 pm.
©2018 “A Model Recommends“. Use of this feed is for personal non-commercial use only. If you are not reading this article in your feed reader, then the site is guilty of copyright infringement. Please contact me at contact@amodelrecommends.com