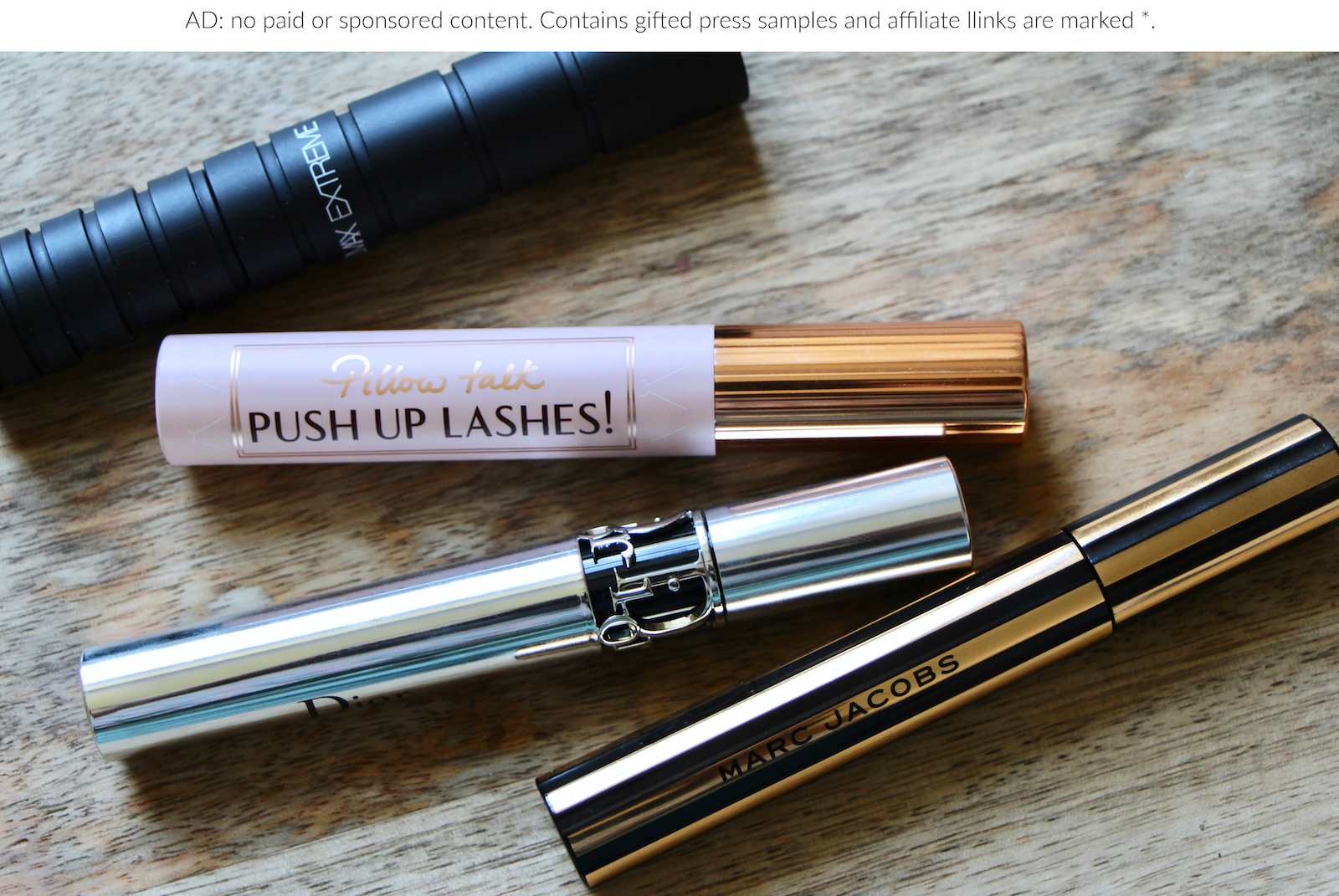 I don’t have an amazing track record with mascara-testing. Firstly, I am massively picky when it comes to what I put on my lashes, which means that I hate most mascaras and quickly become disgruntled when I have to test a whole run of them. (I like my mascaras to be just tacky enough to give volume but not require a blowtorch and chisel to remove, I like the brush to be precise enough not to spread product all over my eyelids but big enough to create lift and length. The list continues but I wouldn’t want you to fall asleep.)

So as I said, I’m picky, which means that I relegate most test samples to the sin bin after a couple of uses, but I’m also sensitive around the eye area which means that I can only test one or two a day before my eyes start streaming and the skin gets red and raw. It’s a slow and arduous process, then, and one that I’ll only drum up the enthusiasm for once in a blue moon.

Fortunately for you (if you’re interested in mascaras!) it’s that blue moon kind of time and I’ve been putting up with eyes that look as though they’ve been weeping battery fluid just so that I can bring you the best of the new luxury mascara launches.

The idea was to rate all of these with scores out of ten for various things like longevity, ease of application, depth of colour, but let’s be frank: they’re all black, none of them come off easily and the wand size and flexibility (hoho) is all about personal preference, so vaguely irrelevant.

But if you have flattish, fine and fair lashes like mine and tend to coat your eyelid in product when applying then you’re in a similar beauty boat to me and you’ll hopefully love these new launches as much as I do.

Charlotte Tilbury Push Up Lashes Mascara, £12/£23 at SpaceNK here*. Best for flat, drab lashes that refuse to go upwards, this really does push up by depositing a load of mascara at the base of the lash before sweeping the volume through to the ends. I find this one the messiest, so be warned on that front if you tend to need an hour to clean up after you’ve put on your mascara! Out of the four this is the one that gives me a tiny but of dropping and flaking towards the end of a long wear, but it’s nothing massively noticeable.

Dior Iconic Overcurl Mascara, £28 at Selfridges here*. I think that this is my favourite of the lot. I’m not sure it beats Dior’s Pump ‘n’ Volume, which is one of the greatest mascaras of all time, but it’s up there. Pump ‘n’ Volume (find it at FeelUnique here*) is like the Batman of mascaras, with its rubbery suit packaging and its ability to coat each and every lash with about a kilo of product without any clumping; the Iconic Overcurl is just ever so slightly more refined. I need to do a side-by-side comparison on these don’t I?

Marc Jacobs At Lash’d Mascara, £25 at Harvey Nichols here*. I’d say that this mascara is perfect for the smaller-lash’d amongst us as the brush is ever-so-slightly more petite. I get the least amount of lid-painting carnage with this one but I still get great volume and brilliant lash separation. For those who can’t abide the formation of those lash-fans that you get when all of your lashes start off nicely separated but then five or six of them join together at the ends to form a super-clump, this is important. Because when you get a lash-fan it follows that you then have to find something sharp and pointy to separate them out again, which inevitably is the pin from one of those freebie hotel sewing kits, and then it’s so fine you can’t actually see it, because you’re long-sighted and anything within a foot of your face is invisible, and then you pierce your own eyeball and it’s all game over and who needs mascara anyway when you have to permanently wear an eye patch.

NARS Climax Extreme Mascara, £22 at SpaceNK here*. Annoying name, because honestly, I’m not a prude, but I don’t want everything to be about sex. What has mascara got to do with sex? Unless you like to groom your private areas with your mascara (brings a new meaning to the term “bottom lashes”), but that would be weird. Anyway, this is a very good mascara with huge volume and a sort of matte, rubbery finish on the lashes rather than a shiny one. You could get away with one coat of this (and the Dior Iconic, come to think of it) but as with most mascaras this really comes into its own on the second.

Watch the video to see all of these mascaras in action – I’m going to do the same thing for some high street launches too, when I get a second and my eyes have recovered. Honestly it’s as though someone’s brillo-padded the skin off my undereyes.

The post The Best New Luxury Mascaras appeared first on A Model Recommends.