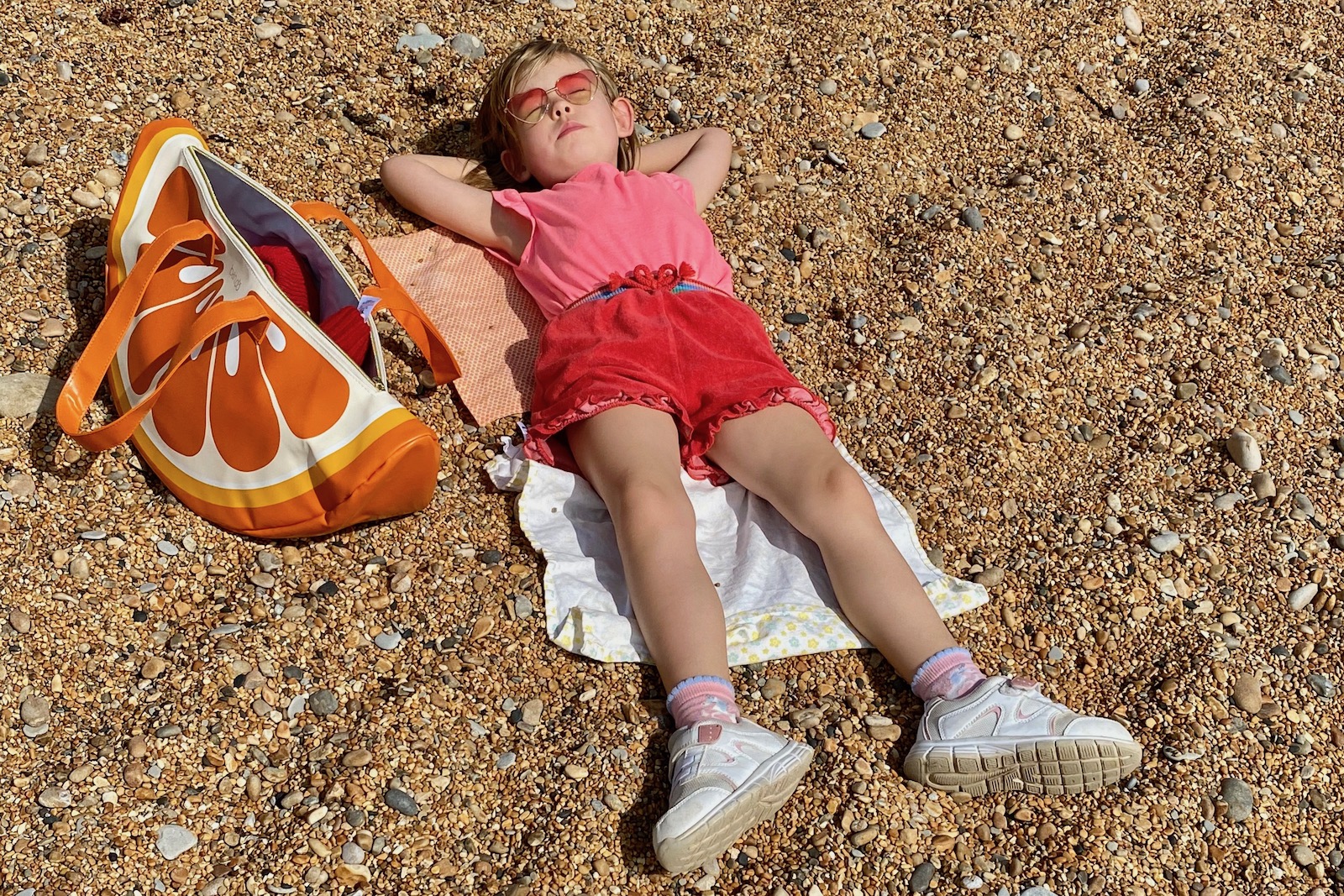 We’re having another heatwave here in the UK – in September! Honestly, this year must be breaking some kind of hours-of-sunshine record. It feels as though we’ve had the longest summer in history, starting in March and running all the way through into the autumn – we’ll be Trick or Treating wearing shorts and flip-flops at this rate. Imagine Mr AMR leading the kids about the dark streets in full beach regalia.

“Sod off you chancer – what are you supposed to be then? You’re not even scary.”

“Oh yeah, I get it. Nightmare mate. Have some Haribo.”

It’s a good job we’ve had some lengthy sunny spells, because holidays to exotic places haven’t really been on the cards, have they? Even if you managed to book one, the likelihood was that it would be cancelled by the time you flew out, or else you’d get there and all of the Covid rules would change and you’d have to hurry back in the dead of night, racing along the autoroutes like a compromised secret agent, albeit a compromised secret agent driving a Volvo estate with a yellow roofbox and two bikes tied to the back.

So thank God for the UK weather! A sentence I never thought I’d write. I’d like to celebrate summer 2020, if you don’t mind, because despite its shortcomings (you know, horrendous deaths, mass unemployment and serious political and social unrest, no biggies) it feels as though it has been, for many people I’ve spoken to, quite a unique time. Without sounding as though I’m about to chime some miniature cymbals above your heads and gently blow incense at your chakras, it seems that many have found the time to reflect and reset over the past six months. Reconnect with family members, examine the way they’ve been living and whether they want to continue with the same routine.

Here are some of the things I’ve noted down about Now That’s What I Call Summer! 2020 and why it may have been the best ever season of my life. Despite often wanting to stick a very long kebab skewer through one ear and push it out of the other side, mainly on the days that my kids got up pre-6am and then proceeded to scream about the fact that the special Cheerios bowls were still in the dishwasher.

Anything good, at all, has been twenty times better than it has ever been. It must be a coping mechanism in bad times – cling on to any shred of joy and amplify it. A bit like when you were in your early teens and you’d arrive at the shittest holiday Gite known to man, that had rats in the roof and a toilet inside an armoire like the lavatory version of Narnia, and your Mum (God bless her forever) would say “well this is nice isn’t it? Look! Someone left a brand new packet of biscuits next to the back door!”

Thus any short spell of intense sunshine has been met in our house with the exclamation, “we could be in Greece!” Any pop-in by a neighbour or short, socially distanced catch-up with a friend has been followed by a sappy look between us all and a “well that was lovely, wasn’t it? Isn’t it amazing to have lovely friends?” Even a quick exchange grabbed over a garden wall on our daily walk has filled us all with immense but OTT pleasure, like we’ve had all of our mental markers for enjoyment completely removed and replaced with the lowest possible benchmarks. “OH! LOOK! A butterfly, A BUTTERFLY! God isn’t the earth beautiful!”

So it goes without saying that the – quite lengthy – runs of heatwave have sent the pleasure sensors into absolute overdrive. First in Spring, for – well, almost the entire season – then again in summer proper, weeks and weeks of uninterrupted, baking hot sun that threatened to kill off everyone’s gardens that they’d spent all of their going out money doing up, but did we care? No we did not. We thanked the weather Gods that at least something in 2020 was going our way.

Time has passed more slowly. Especially for those who had to shield for health reasons. Or those with dependents. Or people who have been wondering, painfully, day after day whether or not they still have a job. Or people who have a business that was slowly, tick by tock, going down the pan. Even for those with no immediate life concern, time went slowly, I’d imagine, because they were taking things day by day. No idea of the future, suddenly thrown into the tumultuous world of Covid uncertainty (unprecedented times!) and just tentatively edging forward, shuffle by shuffle, into the new normal. Nothing like Covid to make you stop in your tracks and take stock of things.

But with this slower pace comes the welcome opportunity to take stock of things – the fact that you eat the same three meals on rotation, perhaps, or that you would love to work with animals or that you absolutely detest your flatmate. All useful realisations, even if they can’t immediately be put right. Unless you start working at a zoo, ticking off your career goals, bring home a lion to maul your flatmate to death, thus taking care of the space-sharing problem and then… no. Too far. Nobody wants that meal added to their culinary repertoire.

We’ve spent more time outside. As lockdown started, we all became avid joggers, dog-walkers and cyclists. Going outside for exercise became the nation’s favourite pastime, “doing up the garden” was a close second. It’s no wonder we’ve noticed the weather more and appreciated the sunshine hours. I suppose it’s also been easier for people to get outside because many haven’t been at work or have been working from home and not shuttered in their usual house-car-office-car-house routine. There are few better ways of lifting the spirits, I’ve found – even sitting on your doorstep for a few minutes in the sun can have a restorative effect, so imagine a whole summer spent outside!

And so, Summer 2020, I award you with the weirdest-yet-nicest season of my lifetime award. You’ve been the backdrop to the most frightening and frustrating world events, yet you showed up with the sunshine and made the bleak days more bearable. If you could just pass the memo to Winter 2020 then that would be great…

The post Now That’s What I Call Summer! 2020 appeared first on A Model Recommends.