Is This Love Affair Over? 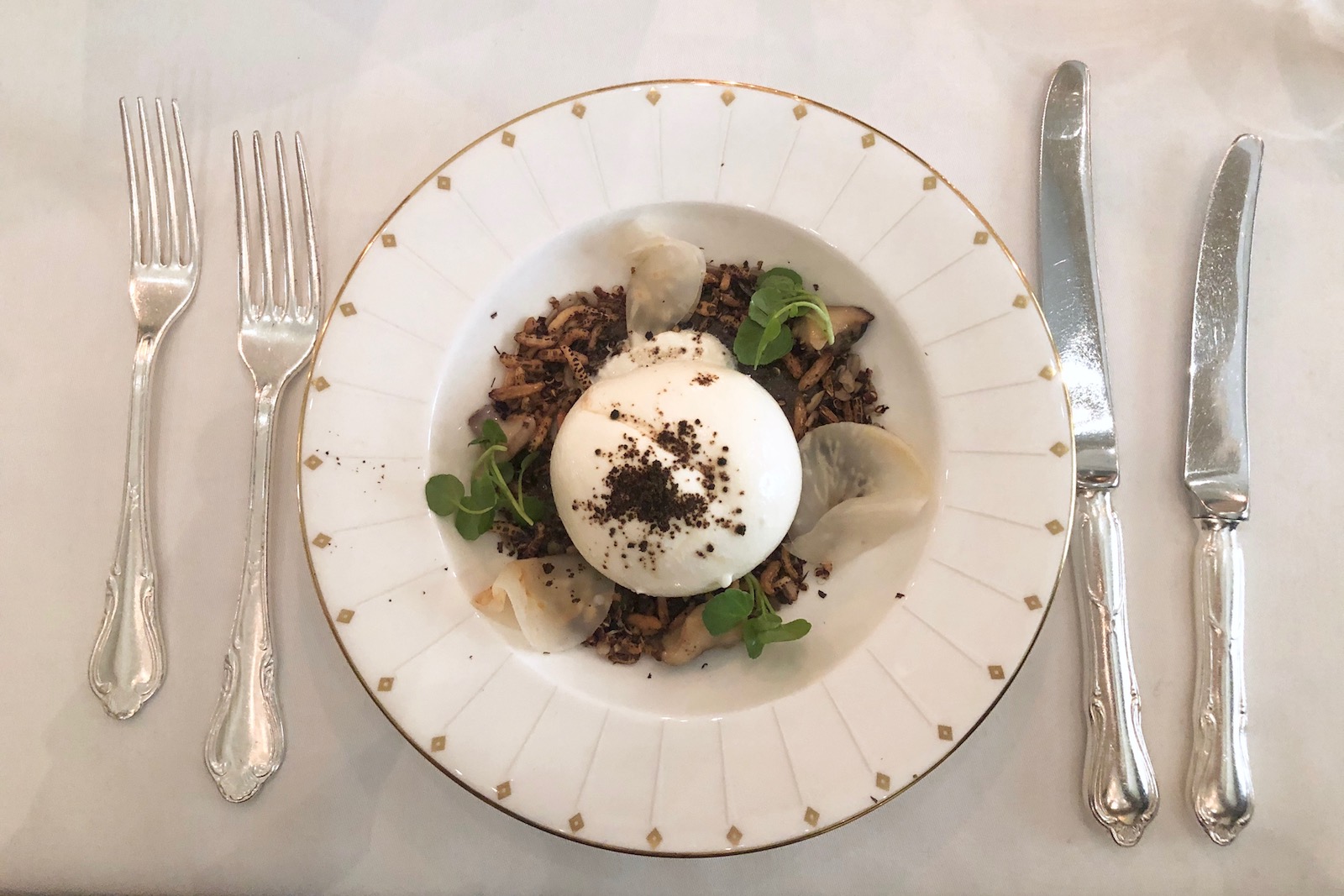 I am sandwiched between two lone male diners. Not in the biblical sense, obviously, they wouldn’t be dining if they were sandwiching me (if that is even a term) and I’m not sure I’d refer to them as “lone” males if we were midway through performing some kind of debaucherous act.

No, I merely mean that I am sitting (also alone) at a table in a restaurant and the tables either side of me are occupied by lone male diners. I could have said it like that to start off with, but that would have deprived you of the lasting mental image of me being “sandwiched”.

Anyway, I write with important news, because I think I may be at the end of my love affair with burrata. You know burrata, the incredibly rich and creamy italian cheese – it looks like a ball of mozzarella di buffala, but it’s milkier and more surprising. If I was to accurately describe it, I’d call it a cheese sack filled with cream, but that has to be the least appealing description of any foodstuff ever, so I’ll leave it to finecooking.com who say:

“burrata is a supple pouch of tender mozzarella stuffed with stracciatella, a luscious blend of fresh cream and soft mozzarella shreds”.

Supple pouch. Supple. Pouch. I’m not sure which is worse: cheese sack, or supple pouch.

Getting back to the matter in hand; my love affair with burrata. We’ve been all over the world together – Paris, L.A., New York, London, Tokyo – and I’ve been faithful, dear reader, choosing burrata over almost anything else when given the choice.  But things are fizzling out. It’s not actually the burrata’s fault, because I still love it, the big supple pouch of a bastard, the plump white orb of goodness; it’s what chef’s are doing to it that is turning me off. What they’re serving it with.

It seems to have become de rigueur to serve it a) completely by itself or b) with something that simply doesn’t do it any favours at all. Gives it no help. And you might say “oh, but burrata doesn’t need any help, it’s perfection the way it is!”

But try eating a whole, large burrata with nothing else on the plate. Which is how I’ve been served it a few times. It’s just too decadent, too rich. My body can’t cope with it. It’s so gloriously creamy, with its mozzarella shell and liquidy insides, but it’s (whispers) too much of a good thing.

In my very humble opinion (I say humble, but I must have eaten over eighty thousand burratas, so in a way I’m probably a world expert) the best way to eat a burrata is with something ever so slightly sharp, or tangy, beside it. My preference would be that there was something involving tomatoes, but equally it could be some peppers that have been charred, skinned, marinated in something slightly acidic. A quality balsamic, perhaps.

I don’t know, I’m just giving you my thoughts.

Of course the ultimate delight, if bodies didn’t have arteries that had to be kept relatively unclogged, would be a huge bowl of penne with an incredibly spicy tomato sauce and then a massive great big sac magique of burrata plonked on the top. Quivering. Ready to explode all over the spicy sauce and extinguish the fire. See? Balance!

Instead, I get given: a burrata on a plate, a sea of cream, some sprigs of what looks like thyme sprinkled on top. Which also makes no sense – why thyme? Or, in one overly-wholesome place, a burrata served next to an avocado purée, which was just nonsense, a triangular plate-shaped mess of expensive baby food.

And now I sit here, amongst my lone male diners, staring at another burrata creation: burrata with pine nuts (meh) and chargrilled broccoli. Broccoli!

The broccoli is offering nothing in the way of flavour, nothing strong enough to contrast with the milkiness of the cheese. It’s just faintly like guff, broccoli, and I love it but at the same time it’s not worthy of a place at the table with King Burrata.

And this meal was going so well, too. The ceviche starter was excellent. I even gave it my undivided attention, because my iPhone battery has died and I didn’t want to accidentally make eye contact with other humans. Not the ones here, at any rate. I’m not cool enough for the people here – the men all have fisherman’s beards and are wearing jeggings and there’s a girl wearing what seems to be a non-ironic tiger outfit, complete with tail. When I walked in wearing my tracksuit I saw the sea of eyes upon me; I’d have been less conspicuous had I weaved my way through the restaurant on a Penny Farthing blowing on a hunting bugle.

Now the dessert is here; deconstructed fig tatin. I thought that a tarte tatin was pretty deconstructed to start with – pastry, fruit, caramel – but here we are with it brought down to even humbler components. Wait: two of said components are missing. This is just figs and ice cream. Where’s the bloody pastry? Where’s the tatin? It costs 8.5, which means eight and a half pounds, to those of you who are used to the normal pricing system, which tends to work quite well so why mess with it, which I think is extortionate for three figs and a scoop of vanilla.

But this is not a restaurant review, I merely popped in to talk about burrata. Pressing issues, people, pressing issues. The man beside me has just leant in and asked me a dubious, conversation-opening question about wine – wine! – which means possible social contact and a potential awkward situation: time for me to run like the wind! I’ll not be the filling in your lone diner sandwich, matey!

Questions to answer: do you like burrata? If so, am I right about the accompaniments or amiright? Opinions below.

NB: the burrata in the image is actually a Claridges one, which was – incidentally – delicious, but appearance-wise scored low. Whatever the hell it was served upon looked like a bed of maggots. The cheese was, as expected, delightful, but where was the tanginess? Something contrasty? Nowhere to be seen, that’s where!

The post Is This Love Affair Over? appeared first on A Model Recommends.